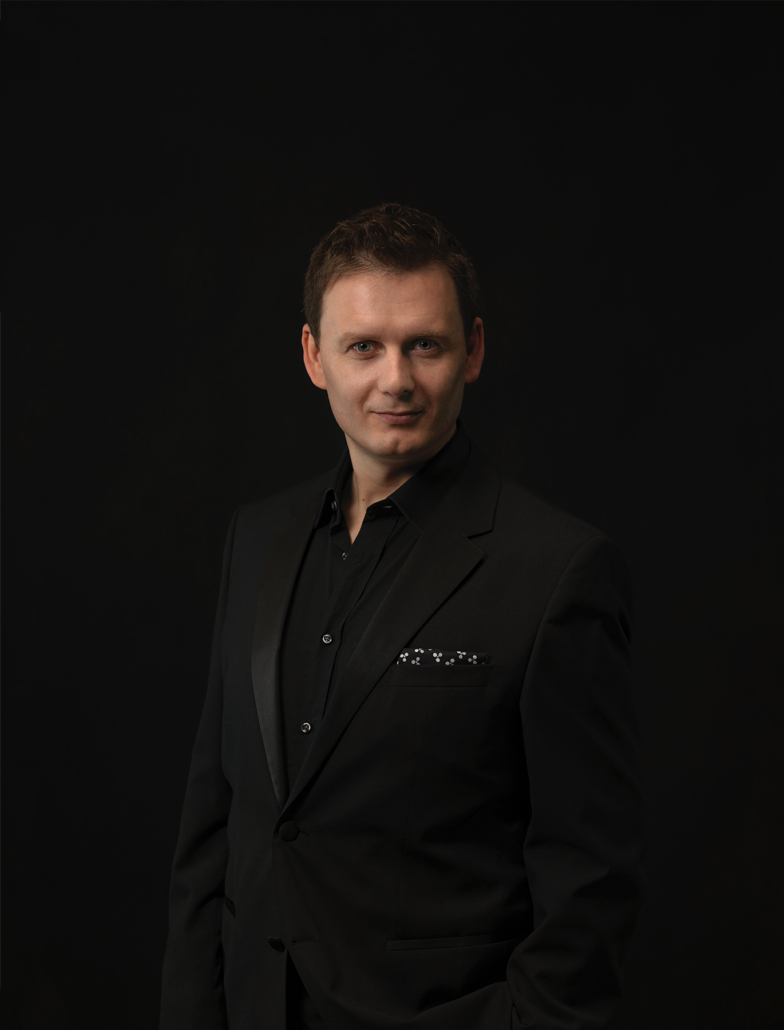 Since 1998 I have been working internationally as an opera and concert singer and in addition with great commitment I have also taken over occupations as a vocal pedagogue (Univ. Professor of Voice and Applied Vocal Didactics at the Antonio Salieri Department of Vocal Studies and Vocal Research in Music Education at the mdw – University of Music and performing Arts in Vienna, Professor of singing at the Music University in Geneva, master classes at the Geneva Music University, the Lilienfeld Summer Academy and the Ferdinand Rebay Music Academy in Heiligenkreuz, etc.).

Since my musical education and my artistic career, I have been particularly interested in the physiological basics and the functional processes of human sound production – which are mostly hidden and not visible from the outside –  as well as in the historical development of vocal techniques in the context of aesthetic, cultural and social aspects of different musical epochs. For this reason I started artistic and scientific research projects in the fields of “historical vocal techniques and vocal aesthetics”, “historical performance practice of vocal literature” as well as “vocal physiology” and “acoustic phenomena of phonation”.

In October 2014, I graduated with distinction from my artistic doctoral project entitled “The voce faringea, Reconstruction of a Forgotten Art” at the Kunstuniversität Graz. A combination of artistic practice with music-historical, vocal-physiological and acoustic research formed the basis of my interdisciplinary research project. As part of the project, I had the honour to work together with internationally renowned voice researchers such as Prof. Dr. Johan Sundberg (KTH Stockholm) and Dr. Donald G. Miller.

For presentations about my research, I was invited to the EPARM Conference in Lyon and the Pan European Voice Conference in Prague in 2013, to the PEVOC 2015 in Florence, to the Symposium of the Voice Foundation in Philadelphia and to the Symposium “Adventure Belcanto” at the Vienna Music University. I have published studies and scientific articles in the Vox Humana and the Journal of Voice and in November 2018 my book entitled “Voce faringea, an Art of the Bel Canto Tenors, History – Physiology and Acoustic – Exercises” is published by Bärenreiter Verlag (ISBN 978-3-7618-2468-9). 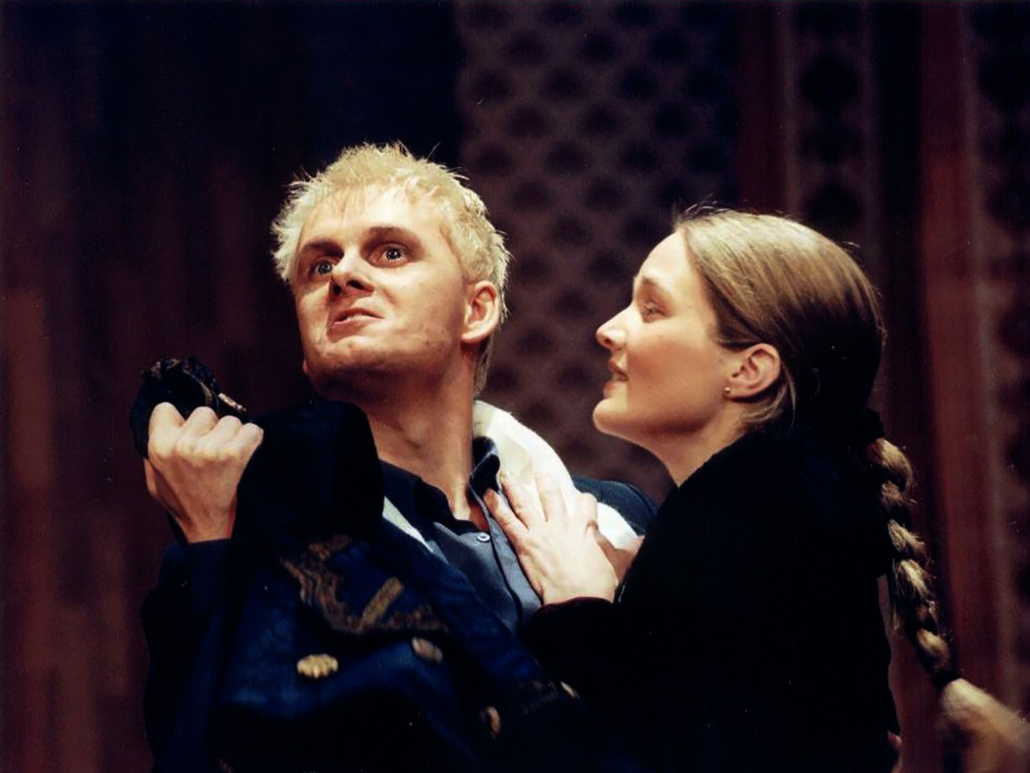 After his first musical training at the Vienna Boys’ Choir and at the Music High School in Salzburg, the Austrian tenor began his vocal studies at the Salzburg “Mozarteum” and graduated later as master of arts at the University of Music and Performing Arts in Vienna.

Still during his academic studies with great success Alexander Mayr made his opera debut as Toni in Hans Werner Henze’s “Elegy for Young Lovers” at the Odeon Theater in Vienna. Shortly thereafter, he was then engaged for the title role of the opera “Schreber” by Peter Androsch at the Stadttheater Klagenfurt and started to work as an ensemble member of the Deutsche Oper am Rhein in Düsseldorf. As a specialist for high tenor roles, such as the Nose and the Sergeant in Shostakovich’s “The Nose,” the Astrologer in Rimsky-Korsakov’s “The Golden Cockerel,” and the Student Arkenholz in Reimann’s “The Ghost Sonata” these roles form an important focus in his repertoire. Very early in his career the he came into contact with the music of the 20th and 21st century and was very successful as an interpreter of contemporary music: such as in the title role of the opera “Ion” at the Aldeburgh Festival and the Almeida Festival in England, as Kaufmann in Rihms “Jakob Lenz” at the Salzburg Festival, or in the tenor role of the internationally acclaimed opera premiere of Stockhausen’s “Sonntag aus Licht” at the Cologne Opera House. His traditional repertoire from the baroque to the romantic era includes opera and operetta roles, such as Mengone (Lo Speziale/Haydn), Basilio (Le Nozze di Figaro), Janek (Vec Makropulos/Janacek), Armande (Count of Luxembourg), Brioche (Merry Widow), Stanislaus (Der Vogelhändler), Spalanzani, and Franz/ Cochenille/Pitichinaccio/Andreas (Les Contesvd’Hoffmann), Trin (La Fanciulla del West/Puccini), Scaramucio (Ariadne), Protagonist (The Protagonist/Weill), and much more.

In recent years he worked together with renowned conductors and directors such as Stefan Soltesz, David Parry, Peter Keuschnig, Johannes Kalitzke, Christoph Loy, Brigitte Fassbänder, Andrea Schwalbach, Stein Winge, Sir Peter Ustinov, La Fura dels Baus at the theaters in Innsbruck, Klagenfurt, Basel, Lucerne, Lübeck and Oldenburg, at the Neue Oper Wien, Wiener Kammeroper, at the Deutsche Oper am Rhein in Düsseldorf, the Cologne Opera and the Wuppertal Opera House, at the Opera Kiel, the Opera Zuid in Maastricht, at the Greek National Opera in Athens, the Aalto Theater Essen and at the Frankfurt Opera House, at the Operette-Festival in Bad Ischl, as well as at the Aldeburgh and the Almeida Festival (London), the Osterklang Festival in Vienna and the International Opera Festival in Zwolle / NL, as well as at the Salzburg Festival and the Bregenz Festival.

Together with the Vienna Radio Symphony Orchestra, the Camerata Academica Salzburg, the Northwest German Philharmonic Orchestra, the Ensemble Contrechamps and other orchestras, Alexander Mayr has performed various concert programs, such as Orff’s “Carmina Burana”, opera and operetta galas and more at the Vienna Concert House, the Dortmund Concert House, at the Brucknerhaus in Linz, the Mozarteum Concert Hall in Salzburg and at the Radio Studio Ernest Ansermet in Geneva.

In addition to his work as a tenor Alexander Mayr also sang on several productions as a countertenor.

Alexander Mayr is Univ. Professor of Voice and Applied Vocal Didactics at the Antonio Salieri Department of Vocal Studies and Vocal Research in Music Education at the mdw – University of Music and performing Arts in Vienna. He regularly teaches Masterclasses at the Summer Academy Lilienfeld, the International Music Academy Ferdinand Rebay in Heiligenkreuz and at the Music University in Geneva.